By Maxwell King and Doug Root

Last summer, librarians at the Carnegie Library branch in Oakmont, a working-class suburb northeast of Pittsburgh, placed a “Please Help Yourself!” sign next to a bowl of healthful food items at the computer station where neighborhood children were spending most of their vacation days. For many, there was little food available in their homes at lunchtime, so the granola bars and other snacks were snatched up quickly. Not that the children noticed, but at the bottom section of the sign, next to a stock image of a flower with a smiling face was the note: “Made possible by The Pittsburgh Foundation.”

“They are here from 10 in the morning until 4 in the afternoon—no kidding,” the branch’s director, Beth Mellor, wrote in a thank-you note for the modest contributions that came from several of the Foundation’s donors. “They know they are in a safe place with the snacks and our children’s librarian, who is wonderful to them.”

In January, Donald Block, the executive director of the Greater Pittsburgh Literacy Council, wrote a letter thanking our Foundation for grants supporting the GED program. “Andrew is one of the students whose lives you have helped change,” Block wrote of the Pittsburgher in his late 20s who had been funneled into special education classes during his school years and eventually dropped out to do construction work. Years later, he tried to start his own contracting business, but couldn’t qualify for a business loan without a GED diploma, so he enrolled in the Literacy Council program. “Andrew’s teacher instantly noticed a strong work ethic and dedication in class,” Block wrote. “… He passed the exam on the first try and is now moving forward to establish his own company.”

These are truly heartwarming stories about hyper-local, person-to-person philanthropy, but before we all get too entranced, consider that in that same period, the beloved community foundation was flexing its civic muscles on a broad agenda that had as much to do with influencing the city’s sense of itself as encouraging its philanthropy. Peel back the layers of interaction on any number of issues—depoliticizing city government hiring, investing in arts and culture, confronting racial inequity, defending freedom of expression—and the same community foundation as the one listed on the sign with the smiling flower is weighing in, albeit with a heftier profile: 13th largest in the country with more than $1 billion in assets and nearly 2,000 donor advised funds.

And the bigger, bolder profile often has invited not-so-nice missives—from old-fashioned poisoned pens to toxic tweets—that can outnumber the thank-yous from the likes of librarians and literacy workers.

Since summer, the Foundation has been in the public spotlight for leading the purchase of a bankrupt African-American arts-and-culture center with a promise to restructure and reprogram; for running a region-wide campaign that raised nearly $1 million in 24 hours to assist the homeless; for supporting a grantee artist who faced death threats for wading into the Palestinian-Israeli firestorm by way of an art exhibit-as-restaurant named Conflict Kitchen; and for its embrace of a college scholarship program, The Pittsburgh Promise, that some see as shutting out the African-American students who need it most.

From the vantage point of our extensive experience in the foundation and daily journalism worlds, such dichotomy in place-based philanthropy is exactly the way it should be. Few institutions get as close to ground level as a community foundation in enabling people, even those of relatively modest means, to set up charitable funds and do life-improving good in the place where they live and work. And few institutions operate at a higher level of public trust than community foundations, a position that gives them sound footing to push ambitious agendas, remain above the fray, and marshal forces to get big things done.

For both these roles to play effectively, storytelling and messaging are critically important. If they are authentic and compelling, they will blunt unwarranted criticism and attract powerful partners. And the communications responsibility goes well beyond the practice of philanthropy. The stories that a community foundation chooses to tell can actually shape a city’s personality. They influence how the city is perceived by residents, as well as by visitors.

In his keynote address at last year’s national Community Foundation conference, James Joseph, former U.S. ambassador to South Africa who served as Council on Foundations president for 14 years, exhorted community foundations to move beyond the 20th-century grant-enabler role, in part, by more public communications. Their 21st-century responsibility is to be, he said, “a social enterprise that strategically deploys not just its financial capital, but its social, moral, intellectual, and reputational capital, as well.”

It’s a less comfortable mode of behavior, beginning with, says Joseph, “shedding our inherited fear of public life, especially the delusion that the community foundation is so constrained in what it can say or do about public policy that we must restrict our presence to promoting and facilitating charity, rather than engaging in philanthropy that informs or enriches public policy.”

Now celebrating its 70th year, The Pittsburgh Foundation got over its fear of performing in public long before our arrival. But in this anniversary period, we are aiming to move it up a notch with a broad initiative we’re titling “100 Percent Pittsburgh”—meaning that 100 percent of the population of our region participates in what we refer to as “the new Pittsburgh,” a revitalized city in terms of economic growth and general vitality. We’re convinced that a community foundation has the standing and the buy-in from public and private sectors to achieve a new Pittsburgh worthy of the caring spirit of the old Pittsburgh.

This initiative involves asking Pittsburgh as a community to invest as much in its personality development as its physical development. A growing economy is wonderful, but so is inclusivity. Burgeoning development is fantastic, but so is equality in opportunity.

The plan requires spending some of that “reputational capital” that Joseph refers to on recruiting powerful partners and placing the Foundation in the public spotlight as 100 Percent Pittsburgh’s chief storyteller. Since a community foundation is leading the charge, the expectation will be high for an authentic and compelling narrative arc—not the faux versions we see so often in slick marketing campaigns for goods and causes.

In their totality, the stories and messages for 100 Percent Pittsburgh must shift our Foundation from what The New York Times columnist David Brooks describes as philanthropists being perceived not as the means, but as the end. We won’t just be serving as a vehicle for our donors’s usual giving. We will be asking them to tell their Pittsburgh stories by way of their authentic experiences and to help develop pathways that reach vulnerable groups.

Brooks has written that the conventional process for understanding an intractable social problem with the intent of solving it involves collecting data, academic-style research, and often expert journalistic narrative. But the conventional usually isn’t enough to achieve deep understanding that leads to success. “The highest rung on the stairway to understanding is intimacy,” writes Brooks. “ …Love is a form of knowing and being known. Affection motivates you to want to see everything about another. Empathy opens you up to absorb the good and the bad.”

It follows, from our experience, that the storytelling by a community foundation bent on improving the personality of a city as much as its quality of life must enable people to tap into these qualities. To understand people who are vulnerable, we must be vulnerable to all sorts of things, telling stories that lead people to, as Brooks puts it, “bow down before the knowledge of participation…walk alongside others every day, who know the first names, who know the smells and fears.”

Trickle Up Shares Personal Journey in Email Campaign To show its supporters how microenterprises work, Trickle Up shared the personal journey of a person who benefited from its program.

The Voyage and Return: A Framework for Stories about Learning An alternative story map for when obstacles are too great for the first pass.

A Single Story Does Not Change the World Tell your audience stories that matter the most to them. 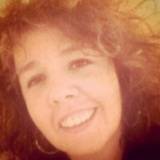