Stories from the Field

The Intersection of Sports and Impact Storytelling

By the time Tom Brady kneeled down on the field to bring an end to Super Bowl XLIX, the game had become the most-viewed U.S. television event in history. Over 114 million people – roughly *three times* the population of Canada – had tuned in to watch twenty two men compete on a field in Glendale, Arizona. Yet, as the telecasts, radio feeds and social streams distributed the experience well beyond the 78,000 capacity stadium, the pure and unrestrained excitement poured into the hearts of those who had never even touched a football.

That is the power of sports.

And as fans nursed their vocal chords, wiped away tears, and shifted the conversation to next season, the question remained: what is it about sports that we find so compelling? How can we capture that energy?

And most importantly, what lessons can social impact organizations learn from this?

In the end, the Super Bowl, as with any sports match, is simply a story – raw and unscripted. It is non-fiction in its truest sense. History before it’s been written. It illustrates the blood, sweat and tears that separate victory from defeat and showcases a hyper-honest series of firsts, lasts and onlys.

Like any story, it has a beginning, middle, and end, and whether intended or not, competition represents the dynamic struggle between “good” and “evil,” as defined through the eyes of the onlooker. It is, in essence, a cause. It should not be surprising then that all of the elements that go into a good football game, also make for a compelling impact story.

INVESTING IN THE BEFORE

Stories are defined by their progression. Even the most compelling sports matches lose their intensity if you only witness the final play. It is not the last seconds – however spectacular – that generate emotion. It is the events leading up to that moment.

In telling your story as a social impact organization, it can be incredibly tempting to jump to the end, especially if you’ve generated measurable change. But allowing your audience to first embrace the characters and become comfortable with the setting on their own is vital if they are to develop a personal connection.

Set the stage and invest in your story. Don’t simply report the impact. Passion cannot exist without context and without the progression, there can be no climax.

In the simplest terms, stories are the “narration of an incident or series of events.” That said, few fans watch games they know the outcome to. Like competition, a good story offers the audience a painful range of what-ifs. It teases what may lie ahead, but refuses to guarantee that it will actually be the outcome. It offers the audience the suspense (and freedom) of not knowing.

As a matter of fact, the most well regarded matches across any sport generally mirror the model used for best-selling novels, Hollywood films and Broadway plays. The progression of Sunday’s game was no different, fitting almost perfectly into the narrative arc of a Tragedy (myself being a Seattleite). At least in format, the Super Bowl was no different than Rocky, Titanic or Romeo & Juliet. 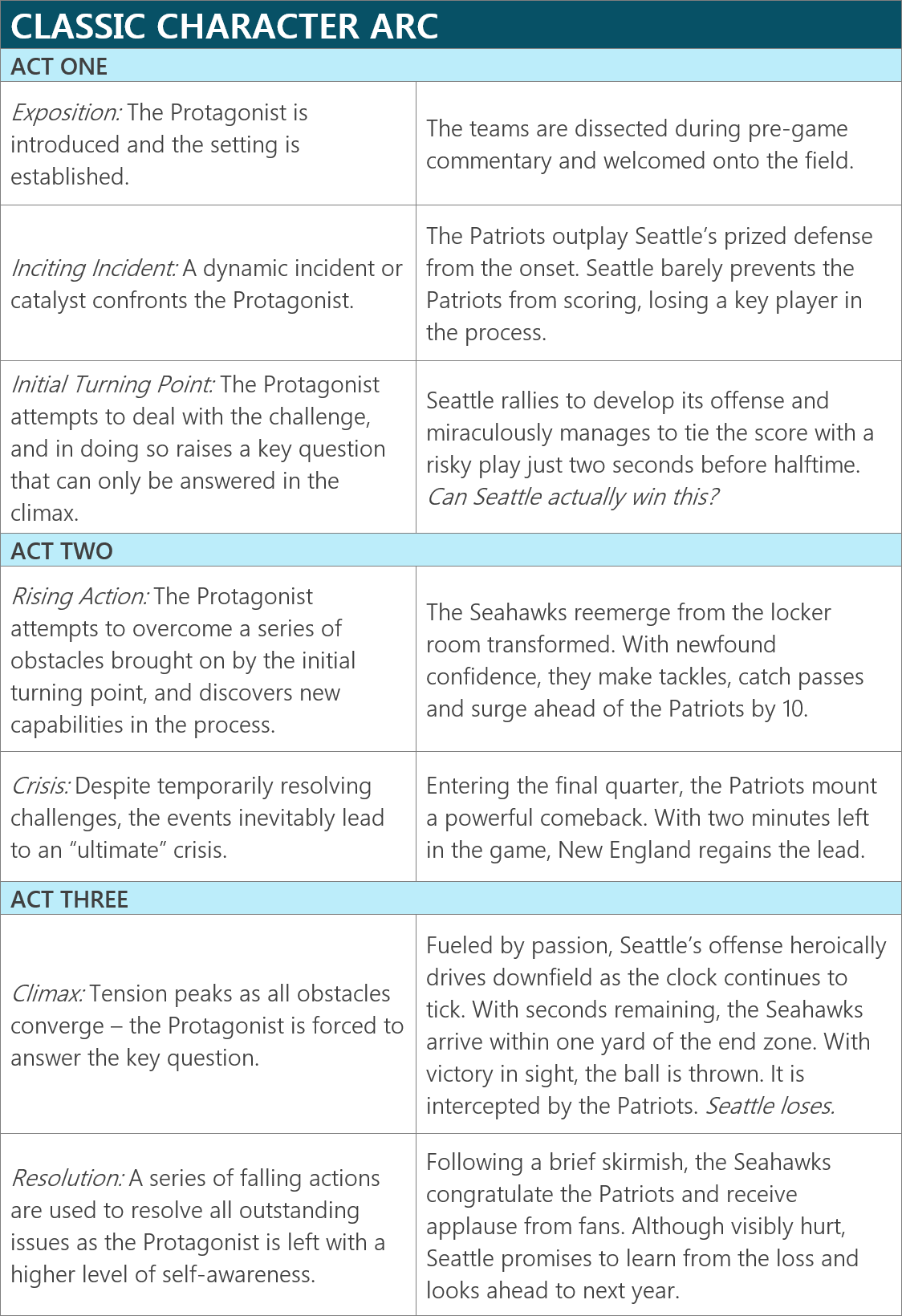 This format does not apply to all sports matches, nor does it apply to all stories – only the most memorable. It is the origin of “Cinderella Stories” and underdog tales. The uphill battle that we, as nonprofit organizations, know all too well. This is what pulls us in. Failure must be a possibility – and in reality, it often is. But if your audience genuinely cares about your characters, and thus, the overall stakes, even a hint of doubt will propel them to take action.

A sports franchise is nothing more than a licensable business entity. Yet, in practice, it is much more than the sum of its trademarks, owners, or even players. It is a band of heroes fighting for a city’s honor. It is the promise of an entire community. Nobody cheers for organizations. They cheer for people helping people.

Data generates knowledge. Stories generate connection. High-level summaries should be reserved for reports and press releases. Storytelling is about creating hope. Focus your attention on the plays rather than the score. Transformative moments achieved by individuals. Not what your organization did this year, but what your employee did today.

Storytelling – whether in social impact or athletics – is a delicate exchange. Stories must benefit the storyteller in order for him or her to share them. They must also benefit the listener to encourage individuals to absorb, support or contribute to them. It is at this critical intersection that good stories exist.

As members of an organization, we too are competitors. In our pursuit to create impact, we too face adversity. Sports can make people cheer, and cry, and fight for what they believe in. Shouldn’t your stories do the same?

Rhythm: The Most Important Thing About Your Organization That You Don’t Understand Organizational rhythms have a fundamental effect on how we tell our stories. 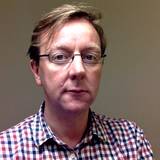 The Black Box If we can’t see what’s happening in our mind’s eye, we won’t feel anything. And it’s the feelings we remember first when we remember a story.