The Storytellers Formerly Known as the Audience

We have to make our stories intrinsically connect with the audience.

There is pin-drop silence as the video ends and the credits scroll up the screen. The cacophonic buzz that follows is quickly nipped in the bud by the post-screening discussion facilitator, whose presence quiets the crowd. Just as he is about to speak, a young viewer at the front points at him and blurts out, “It is you! You are the guy in the video!! You are Morio!” Thunderous applause ensues, undoing all the order previously restored.

In 2010, FilmAid—with the Kibera community in Nairobi, Kenya—co-created a feature film, Sita Kimya (Swahili for “I will not keep quiet”) to respond to gender-based violence, which was rife in their community. The film’s target audience was primarily unemployed youth, whom had been previously identified as the main abusers. With the intention of making the film really reach this group, the film’s creators cast most of the film with youth from this target audience. FilmAid cast Richard Ambani, a community member, as Morio, the lead protagonist, who took a journey of self-discovery and transformed from a perpetrator into a champion for women and girls.

If we want audiences to move beyond just passive consumers of our craft, we have to make our stories intrinsically connect with the audience.

Good narratives are mirrors into the souls of society, through which we can find ourselves and reveal our faults. All audiences want to be engaged. They want to contribute, create and share their ideas, stories and vulnerabilities.

Storytelling has evolved over time, in practice, nuance and definition, but what has remained stoically unchanged—either by design or default—is that it remains the story of the audience and their humanity. Richard Ambani and his co-stars became storytellers themselves, building their own community and helping fuel social change as story subjects and campaign ambassadors. By co-creating with their target audience, FilmAid was able to connect its story with its most critical audience and secure their trust, participation and support in reducing violence. Like his character, Richard regained his soul and humanity by being a core contributor of the social transformation of his community—his audience.

As storytellers, we must embrace the convening power that audiences have and amplify their stories and causes.

Nonprofits can create their own “Richard” for the virtual space by recognizing that convening power and providing space for participation and contribution. They can empower the audience to become storytellers by listening to their stories.

What do I know about the virtual world? Pretty little. I will limit myself to Richard’s physical world, where my forefathers told stories around bonfires and filled our young and nubile minds with fire and passion, hope and joy, values and customs to guide us to become worthy men and women of the world. May our stories fill our physical and virtual audiences with the same and encourage them to join us on our mission to advance humanity and create lasting and meaningful impact in our communities. Long live storytelling. Long live our wonderful audiences.

Beyond the Comfort Zone: Telling Stories that Matter There’s something about the prompt “tell me a story” that makes people think more about the limitations than the possibilities. 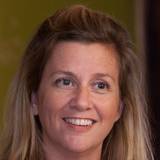 5 Storytelling Best Practices at the Heart of Humans of New York Tell more stories from the heart. 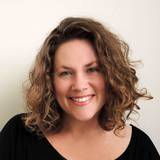 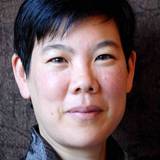 Your CEO as Master Storyteller Three types of stories leaders need to tell. 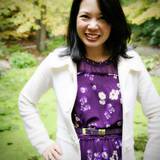