The human desire to connect with stories has not changed at all, but technology has. We don’t need to wait for the media anymore — we can reach more people online. The power has shifted.

Nic Seton of Greenpeace UK facilitated a session at the Digital Mobilisation Skillshare to share learning from the online campaign to free the Arctic 30.

The Arctic 30 were imprisoned in Russia on charges of ‘hooliganism’ for their peaceful actions in protest at plans to drill in the pristine Arctic region.

Here are some of the lessons campaigners from around the world drew from their own experience of what worked to help tell a compelling story online, engaging the public around the activists’ situation, and raising the issue of Arctic oil exploration.

Attention-grabbing stories have tension: what will happen next? In the case of the Arctic 30 the uncertainty was all too real. Would they be released? Would they be out in time for Christmas?

Real life stories have real people with names, faces and emotions. It wasn’t Greenpeace that was in jail, it was 30 people, 30 activists and crew members. Telling the stories of the detainees’ families, focusing on their health concerns, their anxieties, brought the story back to the level of real people taking action for their beliefs.

This was especially important in countries, including Russia, where the general attitude to protest would be more hostile. Personal stories made it easier for the audience to imagine themselves there with empathy.

Help your audience engage and connect by telling personal stories.

Protests humanised the story by presenting the detainees as individuals, rather than symbols. Photo: John Cobb/Greenpeace

International stories work well online. The internet is a global medium and in the case of the Arctic 30 the global relevance of the headline was clear; these were international citizens taking peaceful action on a global issue.

But shared nationality helps connect people with a story, right down to the level of local media too.

Where there was a national citizen involved it was much easier to generate interest in the media and with the general public. It was much tougher, for example, to talk about the Arctic 30 in China and Japan as none of the individuals came from there.

The internet is, of course, multilingual. Having spokespeople that can tell stories in different languages was also vital; people make strong connections with common language groups.

Think about the local, national and different language connections you can make to your story.

Make the most of multimedia

Pictures and video tell stories better than text. They help create a common understanding of events and locations.

The images from cells where the Arctic 30 were imprisoned were powerful, showing the conditions they were were experiencing, and generating empathy.

Similarly, the footage of the Russian helicopter dropping masked, armed security services personnel onto the deck of the Greenpeace ship, the Arctic Sunrise, showed the level of aggression in a way that no written story possibly could.

Video is particularly good for connecting with new audiences. This video uses the Arctic 30’s letters from prison, read by actors, with photography to create an emotional, personal story of their incarceration.

Make the most of photography, video and sound – be creative. It may seem obvious, but make sure you get permission to use names and photos, in advance if you can.

Have heroes and villains

Simple stories have clear characters like heroes and villains. Make sure you are clear and consistent about who you are highlighting in these roles and why.

It was important to keep the focus on oil giant Gazprom as the key ‘villain’ in this story, rather than the Russian government. This was both in order to keep attention on the issue of Arctic oil exploration, and also to protect the safety of the Arctic 30 and their Russian colleagues.

To stimulate the need to act, rather than just watch the story unfold, you need to communicate readers and supporters in ‘heroic’ roles too. For example, by highlighting the importance of public pressure rather than just focusing on the ‘heroism’ of direct action, supporters are seen as central to positive outcomes.

Think about who your villains are and how you can put your audience in the role of ‘hero.’

Tell the story as it happens

Real life stories happen live. The most exciting stories are the ones where the storyteller doesn’t know what will happen next. Be willing to let go of control.

Telling the Arctic 30 story around the clock worked well, reporting and commenting on events with a rolling 24 hour Twitter feed maintained by Greenpeace offices around the world.

Don’t wait for a resolution before you start telling your story. Make use of the tension and uncertainty.

You may not know what is going to happen next, but that doesn’t mean you shouldn’t think about the possibilities and start to plan what you will do or say.

It was responsible to think about what to do in different cases. For instance, what if the Arctic 30 were still in prison for the Winter Olympics? What if they were moved?

Plan for various scenarios – anything could happen, but you can prepare for some of the more likely outcomes.

It’s important to be genuine. When talking about the imprisonment of peaceful protestors it wasn’t appropriate to let messages about Arctic oil drilling overwhelm the personal stories.

Tell the story as you would to a friend or family member and include campaign messages where they fit naturally.

It may seem obvious, but in the thick of an ongoing campaign it’s easy to forget that your audience isn’t following the story quite as closely as you are, or may be new to the issue. Keep it brief and straightforward.

Consistently explaining who the Arctic 30 were and what they had been doing was important, as was remembering to define Gazprom, the Russian oil company.

Be concise. Use names and concepts that people know or remember to introduce them.

You can make your story inspiring by drawing out the connections with human values. The peaceful activism and altruism of the Arctic 30 were strong elements of the story and are readily available in Greenpeace actions.

Pay attention to what your audience is finding interesting – answer their questions and learn to anticipate them.

Equally important is listening to make sure you can understand and respond to damaging counter-messages. For example, the overwhelming approach to the story in the Russian media was that the Arctic 30 were, indeed, ‘hooligans’.

Humanising the story, presenting the real people and their peaceful motivations was successful in countering that version of events.

Listen to your supporters and your detractors and tailor your stories accordingly.

Stories have endings and morals – people look for a resolution. In the case of the Arctic 30, ‘free’ was not the end of the story for the people following it. They wanted to see photos and hear the story of the activists getting home to their families.

Make sure you provide resolution and sum the story up.

Cross-promoted with permission from the Mobilisation Lab. 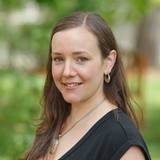 Thank you for taking the time to provide us with your valuable information. We strive to provide our candidates with excellent care and we take your comments to heart.As always, we appreciate your confidence and trust in us.