When Your Story is No Longer Yours: Five Ways to Tell if an Attack on Your Reputation is Working

Are you prepared to deal with and respond to unwanted attention?

As a young political staffer, I felt like I ruled the world the first day I arrived at an event for my boss. My job as Press Secretary to a Governor was to set the scene, ensure all logistics were in place before his arrival, and – most importantly – make sure the media was writing the story we were laying out for them.

As the last pieces were put in place with meticulous detail, I began making my rounds to the awaiting members of the media to plant the frame of the day in their heads and in their notebooks. Out of nowhere, an out-of-control car came careening through my carefully planned event stage, hit the embankment that was to serve as our backdrop, and went airborne into a train station across the street.

In an instant, my story for the day had been hijacked. Despite my best-laid plans, the headlines that day were dominated by the confused elderly woman who lost control of her car and slammed through the Governor’s media event.

I learned a valuable lesson that day: Your story is not always yours.

Increasingly, issues that were once innocuous and relatively apolitical are becoming fodder for interest groups on either end of the political spectrum. Nonprofits and foundations are finding themselves vulnerable to the kind of reputation attack that was once reserved for the most provocative voices. Environmental organizations under attack by climate change deniers; education organizations attacked by Common Core opponents; public health advocates taken down by Obamacare opponents. These threats are real, and threaten to take away the brand stories that these organizations plan out carefully.

Knowing whether or not an attack will stick is perhaps the trickiest part of mounting a response strategy. Is a response always necessary? Will responding to an attack unnecessarily accelerate a negative story?

The most frightening part of a reputation attack is that you don’t have to have actually done anything wrong for the attack to be impactful. These five indicators can act as a good barometer when planning out crisis scenarios or gauging the appropriateness of hitting back.

Nonprofit Photography: Ethics and Approaches Best practices and tips on ethics and approaches in humanitarian photography for social impact. 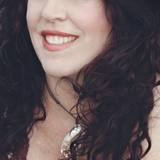 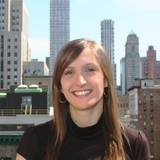 Tell Donors the Right Story With Your Annual Report Survival, Success, Transformation: Maslow's hierarchy of needs can make your next annual report really sing for donors. 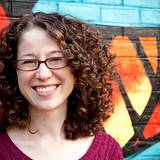 How can we develop our preliminary response to a “reputation attack” scenario? It would be a good exercise to do and help us prepare for the worst